I have begun a new category on the blog. It is the story of  Daniel, or as he was better known on this blog, ‘The young warrior’. You can check it out in the category on my header ‘Daniels story’.  Today as I went back over my posts on Daniel, I was amazed to read so many written with him in mind. I was even more taken aback to discover how many I had posted relating to grief. So in order to address that I have also added a tab on the menu entitled Journeying through grief. 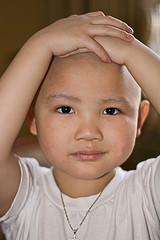 For those of you who are new readers here is a brief outline of Daniels story.

Daniel was twelve years old. He was a young, vibrant, sports mad Irish boy. The third in a family of four. In October 2012 he began to say he felt tired. We all came up with excuses for him. He’s growing. He’s just started secondary school. He’s doing an awful lot of sport.

Then one day his mother got a phone call at work. Daniel was to be admitted to hospital. As she left work that day she could never for a moment have imagined that it would be over twelve months before she would return, and that for her life was changing forever.

Daniel was quickly diagnosed with Acute Lymphoblastic Leukemia. Within twenty four hours of diagnosis he was on his way to Dublin. Hand in hand  Daniel and his Mom and Dad walked that most dreaded of walks, down the corridor of St Johns Ward, to a world the rest of us have nightmares about.

Daniel was a very unlucky young boy. ALL is the most common and treatable of all leukemias. The statistics tell us that 85% of children are cured.  Daniels ALL  was a bit more complicated than the usual and his only hope was a bone marrow transplant. None of his siblings matched but after a worrying few weeks a perfect match was found in the USA. We were all able to hope. Again the numbers were good.

Daniel travelled to Dublin July 2013.  The transplant was a great success. However very shortly after transplant Daniel got a virus which is very difficult to treat. So many put in huge efforts to save him. Throughout it all this young boy dug deep and kept on fighting, his mom, Dad and family by his side. For almost five months he battled, but it was not to be.

Daniel was at last granted his greatest wish, to come home. And he did so  on November 27th. Two days later, November 29th, surrounded by those who loved him, he left for a new adventure.

Throughout last year I continued to blog. Initially I tried to keep Dan out of my posts, to ignore in my writing what was filling my every waking moment. However I couldn’t continue. Slowly Daniel crept into my posts and continues to do so today.

The category ‘Daniels story’ covers all the posts I wrote, while thinking of Daniel, during his illness, and those I have written since we lost him.

I was stunned today to discover just how many of those posts there are. However thinking back on that dreadful time, and the many lonely days since, I can understand the number.

If you are reading this and have a child who is ill I urge you to do the maths. Daniel should have survived. He was just one very very unlucky young boy. Many of those who were on St Johns Ward with Daniel have successfully finished treatment and many more who were treated years ago continue to enjoy good health.

A fellow blogger called Office mum recently wrote in a comment on my blog, “ I think it’s lovely that you keep Dan’s memory alive in your posts”. As everyone struggles to live in a world without him, I am only too happy to remember him here every day on my blog.

For all of you who have read these posts as I wrote them, I thank you for your support and encouragement. It really has made all the difference.