Sometimes something happens that goes way beyond what you think of as horrific. Last night at about seven thirty such a thing happened in a small town in Ireland.

In Buncrana Co Donegal, a car somehow slid down the slipway of a small pier. In it were six people. For a few minutes the car floated. A member of the public, stripped off and swam to see if he could do anything. The male driver had managed to get his window partially open and handed out a four month old baby girl to the rescuer asking him to save the baby. He swam to the shore. As he did so the driver went back into the car. Moments later the car sank.

The mother of the baby girl was not with them. In the tragedy she lost her two sons aged eight and ten, her partner, her mother and her fifteen year old sister. 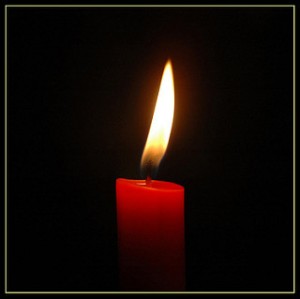 Even as I type up all those she has lost I can’t quell the tears. It is impossible to imagine this mothers grief and pain or the horror of the days, weeks, months and years that lie ahead of her.

So remembering when young Daniel was sick, and how on more than one occasion I asked the blogosphere for help, after which he rallied against all the odds, tonight I seek your help once more. Please spare a thought for this devastated mother, her family, relatives and friends. Some of you believe in prayer, and if ever there was a good reason for your prayers I think this is it.

I can only hope that the collective grief of the Irish nation, and the thoughts and prayers of so many around the world, might in some way give her the enormous strength she is going to need to get through.