I have no faith.
No belief in an afterlife.
This is it. As good as it gets.
I do not feel the need to argue over it,
nor to tell others with strong faith,
that they are wrong.
Who knows maybe they are not.

I grew up as a Catholic,
and attended mass and was educated by nuns. 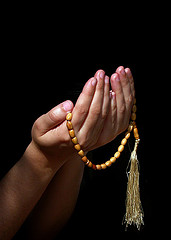 My mum has strong faith,
not the type who pushes it on others,
but a quiet knowing that Jesus is there for her.

She is not impressed by my lack of faith,
but does not question it.
I think, like my husband, she believes,
the day will come when I am suddenly inspired.

Sometimes I think it must be nice to believe,
to imagine a whole new life waiting for you.
But no amount of wishing,
will change the fact that I don’t buy it.

However there have been happenings in my life,
that I cannot explain.
Some may call them miracles.
others moments of amazing coincidence,
which at times have caused me to debate,
divine intervention, coincidence or fate?

One of the most memorable of these relates to my Mum and Dad.
For those of you new to this blog,
my Dad died of motor neuron disease in his early fifties.
When he was very ill but still able to move,
he had written an article,
for the motor neurone disease magazine,
about living with MND.
In it he spoke about how hard it was to burden your family,
and how much easier he felt it was,
to be the person affected and not the carer.

Writing that article took weeks,
as he was typing on one of the very old typewriters,
where you had to really push down on the keys.
His hands worked independent to his brain,
jumping every-which way,
and he did not have the strength to press the keys.
He titled it “The light of one small candle”.

Naturally after he died,
our grief was enormous.

But for my Mum it must have been unbearable.
I do not think any of us really appreciated,
what it was like for her.
She lost her partner, her best friend, her future.

Nine months after my Dad died,
she faced her first wedding anniversary without him.
It was a Sunday.
She headed off to Mass and we all tried to ignore,
the obvious signs that she had been crying.
Our hearts ached for her,
but we could do nothing to make the pain any less.
When she returned home,
we did the usual things.
The kettle was boiled and the papers opened.

That is when it happened.
Miracle or fate?
There in the middle of one of the papers,
was a column written by a well known “celebrity” priest.
This day, my mums first wedding anniversary without my dad,
the priest had not written an article,
but published one he had been given by a friend of his.
It was titled “The light of one small candle”.
My Dads article printed in full!

So on what had been such a hard morning,
my dad came to visit one last time.
We read his words,
telling us how much he loved us.
Telling us he was okay with dying.
Wishing us all the best for our futures.
In his words we could hear his lovely voice again.
He had come to spend one last anniversary with my mum.

We could never have known,
that when he had typed that article the previous year,
putting such effort into every word,
that he would have been writing to all of us one year hence,
but in particular to his wife, on their special day.
Despite my lack of faith,
I have never forgotten that day.
Coincidence or miracle I do not know,
but it was a wonderful bittersweet moment.
One I still cherish.

photo credit: pizzodisevo, slowly i will recover via photopin cc

40 thoughts on “Miracle or coincidence?”