I know you are all mad anxious to find out how my creative writing course is going? It sounds so high brow doesn’t it, ‘creative writing’? As if I am some sort of apprentice booker prize author, when in reality I’m just one of many bloggers who enjoys writing. I do of course wonder what is the difference between a ‘real’ author and me? What makes a good story, and could I ever write one? Hence the course.

Well thankfully I am continuing to really enjoy it. Now Daniels anniversary and birthday sadness have passed I am finding it so much easier to write. I have freed up one morning (not every week, but most weeks) and this has made a huge difference. It is giving me time to read, to think, and to write. Over the past few months we have spent time learning about characterization, point of view (who knew there were so many?)’the moved character’, (that sounds very writerish doesn’t it?) and dialogue. At the end of each module we get an assignment or two to complete. I had not realised how difficult they would be, but once I completed them I found I had enjoyed the challenge. The problem is that once I have the assignments finished I then sit looking at them for days, editing and wondering, do they fit the brief, and are they an embarrassment. Each time I press ‘send’ to submit them I do so with a ridiculous amount of angst, which has not diminished over the months.

Then the best bit, as within a week I get my ‘homework’ back. When I see the email arrive I wish I had no children or responsibilities, as I want to drop everything to read it. The feedback is so helpful. I am slowly understanding how a story works, and as I re read my assignments with the feedback 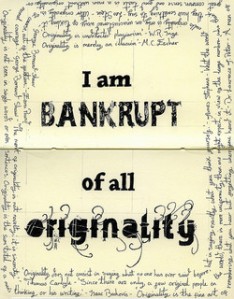 comments added, I think, “why did I not see that?”.

The latest module I have found particularly interesting, and the assignment seemed really doable. I was asked to come up with about six opening lines for a story, in which the action begins; no preface, just straight in to the action. Great I thought, at last an easy assignment. Part two of our ‘homework’ was to pick one of them and write a story, a page long. The ending was in some way to link to the opening.

So I sat down to begin and… nothing.  It was not as easy as I thought. I wrote what I thought were great openers, but a few hours later I re read them and I can only describe them as ‘boring’. I re wrote, and re wrote, and now a week later I am still doing so and you guessed it, I’m not satisfied. However even though they are not perfect I thought you might be interested in what I’ve come up with so far, so here goes…

I quickened my step, not daring to look back, as I heard the car creep along.

My heart was pounding as I lay in the darkness listening to the unmistakable creak of a footstep on the stairs.

Looking around at my children’s happy faces, laughing and shouting over each other, I knew I could not tell them.

I ducked as low as I could, hoping to blend into my seat, as I recognised the young couple getting on the bus.

Picking up the post my heart was racing, as the red envelope caught my eye, he had not forgotten.

It was only a moment in time, perhaps not even a second long, maybe it wasn’t him?

I saw her again on Friday at the school gates, looking less scared. Maybe I had been mistaken?

Picking up the photo of my beautiful smiling boy, weakened by the midnight hour and two glasses of wine, I let my tears flow.

Of those titles I have already picked one and written my story about it, but I am not going to tell you which one, well not just yet anyway. I am now doing my usual edit and re edit, but I promise I will brave it and share here when it is finished, hopefully within the next few days.

photo credit: It’s Arguable Whether I Had Any in the First Place via photopin (license)

25 thoughts on “My writing update.”