This day five years ago a small boy from our village was laid to rest having lost a short battle with unexpected illness. He’d been flown to England in the hope his life would be saved. Unfortunately it was not to be. Five years ago, on October 16th, his amazing mum and dad kissed him goodbye and in their saddest of days consented to his organs being used to save five others. His name was Ben. He was six years old.

As his parents grieved for their small boy, and his sister for her brother, others recognised their 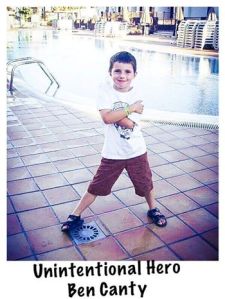 bravery. Pa Curran wrote a song, ‘unintentional hero’ for all those who donated organs and made a video to honour them. Ben and his dad and sister featured on that video. The Irish Heart foundation awarded Ben, a child of courage award, praising his determination and strength as he returned to good health following a stroke at three years of age and honouring the happy smiling child he was. His local GAA club remember him as do his classmates every year.

In an incredibly cruel twist of fate, Ben’s amazing mum, Elma, a lady to her core, sadly passed away a year ago.

Today as so many of us remember Ben, we do so hoping he is with his mum and knowing that both Elma and Ben are alive in the hearts and souls of all who loved them, most especially Ben’s dad, his sisters, his grandparents, aunts, uncles and cousin’s.

Those of us who watch from the sidelines cannot imagine their grief, but we can salute their courage and wish them continued strength.