Be careful what you wish for. Today I am sitting at my laptop, catching up on reading and commenting, and taking a bit of time to ponder a new story I hope to write for a competition. This is the day of my dreams, something often wished for over many years. 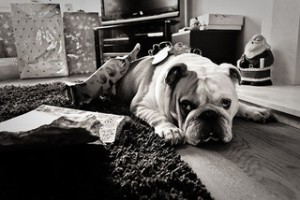 Yet it’s not quite as amazing as I thought it would be.

Earlier this morning the house was filled with activity, as the eldest two prepared to return to college. “Who robbed my black boots?” (her sister), “Where is my navy top?” (in her sister’s room), “Has anyone seen my black handbag?” (try your sister). The tumble drier was permanently on, and  just before they were due to leave I inquired if my daughter wanted to bring any of the large bundle of clothes that had suddenly appeared on the table, with her. “Oh yes, they’re for ironing”, (which I assume meant, for ironing by you Mom). I obliged and added them to the huge pile of clothes next to her two full suitcases.

My son on the other hand is obviously not going to change his clothes at all! He has a very small case of ‘almost dry’ clothes. His schedule seems to have been so busy over Christmas and January that he had no time to do any washing until yesterday and today. He also does not seem to need any food, except the selection box we gave him, that was left over from Christmas.

We shared a final noisy lunch in which the four siblings joked with each other, and then the car was loaded up. They put on their coats (as the heating in my daughters car is broken) and drove out the gate, skid marks behind them, such was their haste to return to college life.

In their aftermath there is a silence. A deafening silence.

While my children were growing up I couldn’t even imagine this day. We used to speak of it together, my husband and I, but it was always too far in the distance. What would it be like to not have a full house of noise and fun? What would it be like to sit and read during an afternoon? We dreamed of it, and thought of all we would do, or better again what we would not do!

That day has come, and now I know.

Sitting doing as I please I can hear my missing children in the silence. I hear all that is not happening. No chat in the hall between them. No loud music from their bedrooms. No laughter in the distance or conversations with friends on their phones. The two who are left are oblivious, happy to have unfettered access to their eldest sisters clothes once more. Accepting of the change.

It will take me a little longer I’m afraid. In the meantime, it is an excellent week to come for dinner, as I forget daily we are now four and not six.

16 thoughts on “Then there were two.”