I have been waiting for today with eager anticipation. Today was results day.

Results for what? Let me explain.

Two of my children have dyslexia.  They are intelligent, bright individuals, who happen to somehow be wired to read what is written in a totally different way to the rest of us. It is not a tragedy or something I stress over, but it does make school a challenge. Even in today’s modern thinking world, there are some who judge my children on the results they achieve in exams. In exams which do not take their reading difficulty into account. 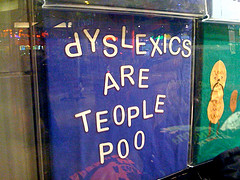 Earlier today I was commenting on the facebook page of the blogger Dr Hows Science Wows. We were commenting on a report into Education in Finland, and how successful it is. Over there there is no standardised testing and no league or grading of schools. I shared with her my opinion on testing.

In my experience there is little point in yearly testing of our children in primary school. If we or the teacher believes there is an issue then by all means have them tested, otherwise twice in total is enough.
These tests our children are subjected to were initially to be given twice during primary school, (between the ages of 5 and 12 years). However in many schools now it seems to be done in an unofficial capacity every year.

Probably for a number of reasons. Parental pressure, departmental pressure as the numbers who “fail” can be used to ensure adequate resource teachers in the school, and school pressure, to be able to see how all pupils/teachers are performing.

This leaves me as a parent of a child with dyslexia very frustrated. I know she has dyslexia and I know exactly how she will perform. Why then must I put my child through three hours of testing?

Let me enlighten you as to the way my daughter approaches these tests.
She tells me she reads the question on the paper.
“Which is the odd one out?”. BLAH, BLAH, Or BLAH?
As she cannot read the words she cannot answer the question. If someone read it to her she would have no difficulty.
So she approaches this and other questions in a similar manner. She answers A, B, C or D trying to mix up the letters in an attempt to guess the answers.
There are other questions on the paper.
Which word is spelled correctly? ? or ? or ? or ?
What is the point of my daughter answering these questions? She hasn’t a clue of the answer. Once again it is just a random guess.

So for hours she sits there and feels stupid. She tries to make a joke of it to herself but I have seen her come home after these tests and she is a little girl who has lost so much confidence. What on earth is the point?

The same is true for a lot of tests my daughter does in school. Unless there is someone to read the questions to her there really is no point in her doing them, as she is not on a level playing field with her peers.

So we have begun a social experiment. 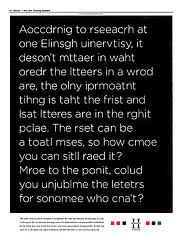 Last Monday she came home from school and triumphantly produced her Friday spelling test. I was genuinely surprised. It was a lot better than she usually does. She had not got all her spellings right, but she had got quite a few right. I gave her great praise, and then she said, “Actually Mum, I forgot to learn them last Thursday night”.
I was momentarily taken aback, but I must admit I was inwardly amused. For years I’d been revising her spellings with her, all the time believing it was pointless, a time in our lives we would never get back!

Fast forward to the following Thursday night. I asked her had she learned her spellings. “Mum, she said I think I do better not learning them”. I hesitated and then I said, “Okay, lets try it once more. Don’t learn them and we’ll see how you do”.

So the results are in and guess what? She got more right than usual. Once again she had done better without learning them. What does that say about learning spellings when you have dyslexia? I’m not sure, but I think if you ask me “Will she be learning spellings this Thursday night?”, I’ll say, “lets continue the experiment another week”, and like my daughter, inwardly I’ll be dancing!.

25 thoughts on “She has dyslexia, is there any point in her learning spellings?”