Here in Ireland Christmas is a marathon lasting almost two weeks. This morning I woke up and not for the first time this week I wondered, “what day is this?” As a family of six we have spent an extraordinary amount of time at home together, but not only at home, we have actually spent hours in the same room. Luckily my eldest bailed out for Australia, ( a slight over reaction to the prospect of New Year with her family if you ask me) so at least we had a little more space. 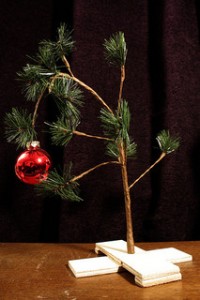 As the days have gone by the novelty of ‘family’ has definitely begun to wear off. My kids are beginning to grate on each other, and small incidents can lead to major battles. As the gang are getting older with the youngest now being twelve, we can chose to spend time in different rooms. However in the evenings, if we are all at home, we usually decide to watch something online or on TV together. This means all gathering in the sitting room. Simple you would think, not much to say about that. Except it is not such a free affair.

You see we have two couches and one armchair in our sitting room. The best place to sit is the chair, but my ass is usually there with my laptop on my knee so you are out of luck. Next best is the two seater couch, as that has a good view of the television, and finally the three seater couch, with the worst seat being the one on that couch right in front of the TV.

In order to prove that the thinking of girls is far superior, or should I say canny, than boys, the first two to take up seats will always be my girls, the eldest usually kicking the younger one into second place, both on the two seater. Then just as the movie or programme is to begin in come the boys. My son looks at the girls on the two seater and shakes his head as he realises he has once again been ousted.  I smile at him from the best seat in the house, and he quietly takes his place on the three seater. Finally my husband appears, not even aware he has missed the rush, and takes his place on the dud seat.

Despite these minor squabbles, tomorrow I will be saying ‘a lonely goodbye’ to Christmas. With huge regret I’ll be taking down the decorations. Normally I’d wait until the 6th of January but as everyone would be gone back to school or work by then, that would
mean doing it by myself, so.. no chance. Tonight as I look back, I acknowledge that it has been a wonderful Christmas. For many years I dreaded the time when Santa would no longer figure in our lives. This year was to be that year, but as it turned out tradition shouted louder than logic, and my now big ‘babies’, still insisted on leaving out food for Santa and their stockings. Christmas morning was as special as always. We enjoyed the arrival of Santa, we went to the Christmas Day swim and along with over fifty young swimmers, we remembered Daniel, then returned to celebrate the day with old friends at our house. By the time we all went to bed Christmas night I had learned that Christmas with young children may be magical, but Christmas with older children is a whole heap of fun.

So now we begin a new year together. On Monday we must return to normal living. The fun and excesses of Christmas is over. Come February as I pick up the last of the decorations, that always seem to appear when everything is put away, I can imagine myself smiling, as I remember the Christmas we had this year. Our first ever grown up Christmas.

There is a lot to be said for older children. Pity they don’t come ready made?

14 thoughts on “So long Christmas.”

Leave a Reply to The Silver Voice Cancel reply