Can you ever recover from abuse? Can you live a ‘normal’ life? In a world where survivors are not comfortable speaking out, how can you recover? Are you ‘damaged goods?’

Statistics tell us that one in four will be abused. Most who have not been abused imagine how awful the experience must be, but rarely imagine the impact it has on later life.

The other day I was chatting online about the best way to speak with children in order to keep them safe, and I could almost feel the fear in the parents I was conversing with. I guessed most feared the actual abuse but it made me think of my own situation and the struggle over the years to learn to live with the memories and to move on, to become a mother and not pass on insecurities and fears to my children.

I remembered an old post I’d written two years ago called, ‘Can I trust him with my child?’ Re reading it I realised I’ve moved on another bit from that moment. It made me smile to know, that day by day, without even realising, I continue to get stronger.
Yes abuse is horrific, but there is life after it, and as in my case and many others, that can be a great life, but it takes awareness and effort.

Here is my old post, which I think tells of the effort it can take in everyday life.

Can I Trust Him With My Child?

For over twenty years, without making a fuss,

I have never left any of my children alone, with a man other than their father.
Until three weeks ago.

My youngest daughter, a very precious little lady to me, takes guitar lessons.
Every week she goes to the house of a most wonderful gentleman.
I go too.

She thinks it’s because I am so interested in her lesson. He thinks I live too far away to make it worth my while to leave.
The real reason is, I cannot leave her alone with a man. She is almost the age I was when life changed forever.

The lesson was booked as usual and then I remembered my other daughter had a dental appointment.
I told my youngest we would have to cancel guitar.

Off she went to school, but her words stayed with me. Why? Why could I not let her go alone?I have over the years developed a very good nose for people I trust and ones I don’t. This gentleman is definitely in the “I trust” bracket.So that led me to the question “Why not?”.

After a lot of soul searching I realised it was wrong not to allow her to go. By saying to myself I was protecting her,
I was lying. The reality was I was afraid.

So when she returned from school, I told her she could go.
She gave me the biggest smile and ran for her guitar. 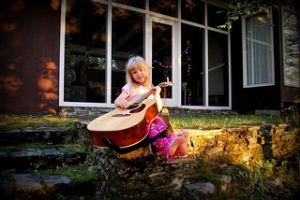 As we got into the car I felt physically sick. My heart was racing. I clutched the steering wheel and drove out of our driveway.
Inside my heart was screaming, “Don’t do this”. “It’s in his house!” “She is only a child”.

However my head was also speaking, in a steady measured tone. “Stop being so dramatic”, “Trust your instincts”.
“This is one more hurdle”. “Do not allow all that has happened to change your children’s lives”.

We arrived at the house and in she went. I explained to her teacher that I couldn’t stay but I would be back to collect her.
And then I left.

I cannot describe walking away. I was hot and cold, my heart beating out of control.
Just catching my breath was difficult. I was experiencing a million flashbacks per second, of a time I too was as innocent as her.

My other daughter was waiting in the car, unaware of my anxiety. This forced me back to reality and we drove away.
Thirty minutes later I was back and out came a delighted young girl.
She had totally enjoyed her lesson and was all chat about what she had achieved.

I listened and although still traumatised,

I knew I too had achieved a great deal.
Abuse has long lasting side effects,
but that day I had come one step further,
to putting my past behind me.

I smiled to myself. One step further on my journey.
I nearly have him beaten!

This was originally written in response to the daily prompt.

Tell us a moment or an incident that you treasure  – not necessarily because it brought you happiness, but because it taught you something about yourself.