I love language and words in particular. So today I was wandering around my house when the thought came to me, “what is my favourite word”. You guessed it I was not overly busy this morning!

A few words immediately sprang to mind, words like “goodnight”, “love you”, “Drink?”, “Hi ya”, “holiday”, etc. However these are not the words I had in mind. I meant actual words, both the sound of them and their meaning.

One which springs to mind was a word my Dad often used to describe something he saw us wearing that was very bright and summery. He would say “That’s very salubrious”.  I know it does not exactly mean what he said, but I loved that word as for me it seemed to perfectly describe what it meant. However it’s not really one I get a chance to use often so I decided not to rank it as one of my favourites. 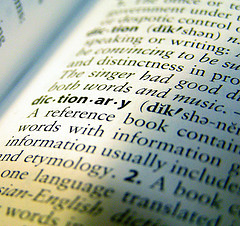 Maybe it’s a reflection on myself but my top two words (three really, but the second one is always said as if one word)  are, “Gobshite”, and “Feckin eejit”.  Aren’t they just magnificent. Go on try them. I bet you already know someone who these words perfectly describe.

I think the reason I like these words so much is because they both mean the same thing, but on a different scale, and to my mind there is no other more suitable alternative expression in the English language to describe this individual. If you want to know what a “Gobshite” is, well it’s a “Feckin eejit”, and vice verse.

I can remember when we were ski ing in Italy one year we stayed in a lovely small family run hotel. One night a guest, with too much drink on board, got very obnoxious. Eventually he had to be removed from the Hotel. As it was a small establishment most of the guests witnessed the proceedings. Afterwards we were sitting with the family and they were speaking of this individual. They were Italian so as you can imagine it was a loud discussion. When it came to describing him they struggled, “He is a, what you say, a …” they began, and my sister piped up “A Gobshite, he’s a Gobshite”.

Even though they had no idea what it meant their eyes lit up and they immediately latched onto it and felt it. “Ha, yes Gobshite”, they said. “Gobshite”, “he is a Gobshite”. I cannot begin to tell you how often they repeated the word.

It’s not a word I personally would use lightly to describe someone. They would have to be on the upper scale of annoying. My lower scale word of choice, which I must admit I use regularly is “feckin eejit”. This I apply to all manner of people. Car drivers in particular seem to come to mind. Those who drive too slow or too fast. Those who don’t let me out, or who break the traffic lights. Equally I apply it to those I am driving behind who do let people out and who stop on the amber light at traffic lights! I love it, and as I say it aloud I instantly feel less annoyed.

I first fell in love with “feckin eejit” when I was at school. As a teenager “feckin eejits” were everywhere. My teachers were “a bunch of feckin eejits”, the nun who was principal was “a big feckin eejit”, and any teacher who annoyed me looking for homework or giving out about my test results was an “absolute feckin eejit”.

However as time went on I think I began to become immune to the impact of this word. It became too tame a description to apply to those who really annoyed me. There were some individuals who sent me into orbit. I disliked the vulgarity of a curse such a F*ck, so I adopted what I found to be the perfect alternative, “Gobshite”. A definite step up from “feckin eejit”. Classmates who reminded teachers of tests or homework, and those who regularly asked a question just before the bell rang for end of class were very definitely in this new category. “Gobshites”

Over the years I have never found any other word or words to replace these two as my favourites, despite my reading many books and receiving a reasonable level of education. Now that you have heard them maybe you too will agree with me. If not I’m curious, have you a favourtie word or words? Maybe one a bit more polite than my own? Let me know if you do.

Thanks for reading and I hope you have had a day free from “feckin eejits and Gobshites”.

51 thoughts on “My two favourite words are….”