What is it that makes me choose the category  ‘Humor’ before any other?
Why can I not take life seriously?
Why do I want to reduce every situation to one I can laugh at?
Is there something wrong with me?

The more blogs I read the more I question my sanity?
So many are so serious.
Sometimes I have to bite my tongue, (in my case, take my fingers off the keyboard!)
When I read about parenting discipline issues etc I am so tempted to comment, 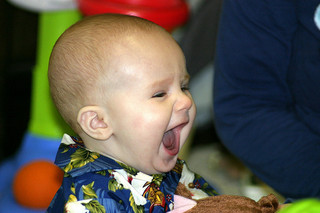 “Or you can just slap them!”.
I hasten to add I have never slapped a child in my life,
its just my humor!
I know, its sick.
Its definitely not ‘normal’.

Do you ever see someone come towards you, and you cringe?
They suck all the joy out of a room.
This is a typical conversation you would have with this person.
“Hello, Isn’t it a beautiful day”,
They reply, “There’s a lot of rain forecast for later”.

I was recently at a gathering and one elderly man was such a misery.
Eventually one of the crowd turned to him and said,
“Is there no funeral you could go to?”.
I thought that was hilarious..

I do love so many things in life that are of a serious nature,
poetry, philosophy, psychology,
but my heart lies in childish humor.

My family have all inherited this quirky view of life.
They are very quick witted and irreverent.

To quote my brother,
on my rather unhealthy living, brother in law,
He said “K…. is the third secret of Fatima!”

My sister is also quick witted.
She too has a humor that, sometimes,
only my own family appreciate.

One night we were celebrating one of my brothers big birthdays.
We were at quite a fancy restaurant in Dublin.
We got into a sing off, as you do,
between our family (about 14 gathered)
and another family we did not even know.
They were super singers.
We were a bit challenged but loaded with drink!
My family eventually insisted I sing.
I tried to protest but it was easier to give in.
I refused to stand so sang from my seat.
During my song I could hear one member of the other family heckle,
“Shes not standing up”, “Get up!”.
My sister jumped up and shouted over,
“Don’t be so rude, shes in a wheelchair!”.
I hasten to add I have no disability of any sort!.
Even my mother thought it was funny.

My mothers humor, I have already documented in a previous blog.

Each family member has great wit,
We actually compete to be funny.

Its not that we haven’t had our fair share of misery in our lives.
My dad got motor neurone disease in his forties and died in his early fifties.
Even during that awful experience, we survived as a family laughing, my dad included.

In fact days before he died a neighbour called and asked him how he was feeling.
My dad was paralyzed and his speech was almost gone but we could understand him.
His answer was “There’s healthier men in the graveyard!”.
Then he cracked up laughing.

I personally have had a very challenging life.
However I still love to be happy.
I love to laugh.
I love to hear others laugh.
Maybe it’s because life has been so difficult that I love to smile.
Whatever the reason,
if I had to bow out in the morning,
I’d rather go laughing or making someone else laugh.

We were at a funeral of our friends sister recently.
She died young,
and left a special note to be read to her husband, at the dinner after the funeral.
It expressed her love to him and then they played the song,
“I will always love you”.
We were all very overcome.

I told my friends I too would do that.
They were incredulous.

“Yes I said, everyone would be silent in anticipation,
and then my husband would press play and monty pythons,
“always look on the bright side of life” would blast out.

Everyone would then hopefully laugh heartily.
Mission accomplished!
My sick humor would last to the bitter end!

9 thoughts on “Where Is Your Sense Of Humor?”