It’s been quite some time since I’ve shared one of my columns from the Irish Examiner’s Feelgood, so sit back, remember the heat wave and hopefully enjoy.

“How about going to the beach tomorrow?” my friend said. Memories of beaching with ten children between us flooded back. So, despite my severe intolerance to heat, and most especially beaches in the heat, I agreed, eager to relive the memories.

“We’ll leave at ten thirty,” she texted, to which I lazily replied with a thumbs up. Morning came, as hot as predicted. Sitting into my car at 9. a.m was like opening an oven door and climbing in.

I was on a mission. There was a picnic to be purchased. As I wandered the shop’s aisles, picking 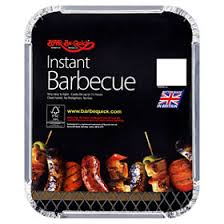 up all manner of unhealthy picnic goods guaranteed not to melt, I spotted disposable barbecues and giant marshmallows for toasting. It’s not often I thank Americans for invading our culture, but in this case I’d no complaints.

By the time I’d packed the picnic, and spent the obligatory half the day applying sun cream, we were only an hour past our departure time.

Mumbling about how she could have had an extra hour in bed, myself and my co-passenger daughter, who only had a towel to pack, set off, our nearest beach side-lined, in favour of a fancy one almost an hour away.

Parking was manic but the beach so vast it looked half empty. My buddy had already arrived and as she’d a young child with her had chosen a spot within a stroll of the toilets!

We’d our picnic lunch early, but decided to wait until evening for the barbecue. Despite a brief moment of panic mid-afternoon, wondering how I’d last the day in the heat, the hours flew by.

Finally, it was barbecue time. Did I forget to mention I was a beach barbecue virgin?

We thought about re-locating nearer the rocks, but as we took an eternity to make a decision, another group beat us to it. Instead, like the true girl guide I never was, I dug a hole and lit the barbecue, sausages at the ready. It sprung to life, throwing out enough smoke to kill the planet. In a panic I threw on the sausages, foolishly imagining they’d calm it down.

I have no words for the horror of the next half hour.

The smoke thickened and set off in search of our near neighbours while also doing its best to permanently blind me. It seemed particularly interested in the poor misfortunes who’d sat in our spot.

In an effort to divert the smoke long enough for them to breathe, my friend, also never in the

girl guides, stood up, and began to flap her towel wildly, while also demanding I not burn the sausages, which I could no longer see, due to my stinging eyes and the stream of tears pouring down my face.

“You’re making it worse,” I croaked.

“What can we do?” my friend cried, wiping her eyes, although I suspect her tears were of laughter?

“Offer them an apology and sausages,” I suggested, feeling for sun glasses, to protect my eyes and anonymity.

Armed with sausages-in-a-roll humble pie, my friend approached our neighbours sitting in a fog of smoke. An advertisement from last year for a certain supermarket came to mind.

“Don’t worry,” wheezed one kind lady from within her smoke cloud, “it’s not bothering us at all!”

After what felt like a lifetime, all sausages and marshmallows were cooked. As we drowned the coals in water, one final cloud of black smoke hid our neighbours before the barbecue died.

Maybe I was overly sensitive, but as we left the beach a while later, spent barbecue under my arm, I could have sworn I spotted numerous beach goers pointing at us, shaking their heads.

I may never know what it’s like to be famous, but I certainly know what infamous feels like.