Here you go again another one of my articles from the Irish Examiner’s Feelgood. It’s a stinker of a story! I hope you enjoy it.

Do you know your family smell?  Forgive me, I’m not saying you have poor hygiene, but whether you realise it or not, your family have a smell. I can’t give you the scientific study which would agree with me, as I’m not sure there is one, but take my word for it, you have.

When we first moved from our old house into the one we now call home, I remember a friend calling and saying, “Do you love it?” We’d moved in a few weeks by then and her question caught me off guard. Did I love it? Our new house was bigger, with a lovely garden and in the country, but did I love it? I certainly had before we moved in, but the truthful answer to her question that day was, ‘No.’ She was a little shocked. “It doesn’t feel like home,” I said. She then explained that it was too new and didn’t yet have our family smell. As this friend visited my house every day, I was taken aback. ‘Our smell?’ Was she arriving daily to an assault on her nostrils? She reassured me she wasn’t and that in time our house would look, feel and smell like home.

Since then, on occasions, I’ve wondered what is our family smell? Is it a single smell, such as the washing powder we use?  Or has it 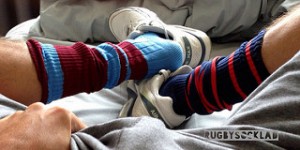 blended into our family over the years, a mix of stale GAA gear, swimming togs and towels, the dog and ourselves? For a time I became a little conscious of whether our smell was a pleasant one, but decided it was not my problem as I couldn’t smell it.

Or so I thought until last week when I discovered it was missing, or had been replaced.

I had spent a night in the home of my childhood, with my Mum and cousin. There is something wonderful about walking in the front door of ‘home’ no matter how many years it’s been since you lived there.  The decor may have changed but the noise of past memories are everywhere. Leaving is always bittersweet as I close the door on one home and make my way back to another.

“Hi, I’m back,” I shouted three hours later to silence. Obviously my children don’t share the delight the dog has in my return. As I made my way to the kitchen my nose twitched, “What was that smell?”I searched but found nothing dead or dying. The gang appeared, and I asked them what it was. United they sniffed, but could smell nothing. “Really? Can you lot not smell that? It’s awful.” Later, yer man came home but incredibly he couldn’t smell it either. “Maybe you’re just used to your Mum’s clean house?” he said. I didn’t take the bait.

The following evening I returned from a day out and ‘that smell’ hit me. I walked into the kitchen, holding my nose. “I don’t know

what’s wrong with you lot,” I said. Grabbing an armful of laundry I escaped rather dramatically upstairs to change. Opening my bedroom door I sniffed, the smell was now in my bedroom. What ever it was, was spreading! I changed into one of the freshly laundered tops and made my way downstairs. Half way down I stopped, the smell was following me! I looked around and noticed the bathroom door open. Was it coming from in there?  Walking back upstairs I sniffed again. It was on me. I was wearing it!

Bursting into the kitchen I announced, “Here’s the smell,” sticking my top under yer man’s nose. “It’s that new clothes conditioner you bought.” Yer man gave it a quick whiff then eyeballed me with a definite, ‘look’.

“And to think yesterday I cleared the drains for you!” he muttered.