Do you remember when you first fell in love? Did you feel as if you were spinning, lightheaded and on top of the world? Did your love last?

I was still a teenager when I met my now husband. A lifetime of water has passed under the bridge since then. We have lived through many highs and lows. Shared the joys of giving birth to four children, and all the difficulties and pleasures parenting them brings. We have been torn apart by grief and have on occasions had great rows, most of which we now cannot remember the ‘why’ of.

So after all these years do we still get in a spin when we think of each other? Do we feel any of those heady feelings of an early love? What keeps us together? 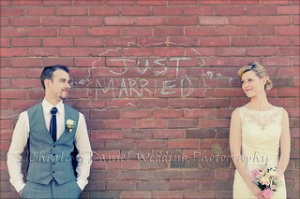 Last Saturday my husband and I traveled to a family wedding. The thought of which was all consuming last week. Flights and hotels to be confirmed, not to mention the dread I felt about what I would wear. I am very much a jeans kind of girl, and dressing up is really not my ‘thing’. However a dress, shoes and even a handbag were borrowed, and off we flew, a weekend of partying to begin.

As predicted the weekend was all we could have wanted and more. However, the elements of it that were all I had thought about in the weeks before, are not in fact what I remember foremost in my mind tonight as I look back. It is not the laughter, the time alone with my husband, the meeting of family, the visiting of a new city, nor the break away, which fill my heart tonight as I look back fondly on the past few days.

It is something very different.

It is something that was said during the wedding ceremony. Words these two young people, about to begin a life together, said to each other, and they are playing on a loop in my head ever since.

As they were about to marry, the reverend recalled a conversation he had with them on his first meeting. He had asked what were the qualities they liked in each other and what did they get from each other. Words such as kind, loyal, caring and honest were used as they described each others attributes.

As I listened my mind stilled, and those words echoed, over and over again. ‘He makes me better’, ‘She makes me what I am meant to be’.

On occasions I have wondered about my own marriage. What it is that keeps us together? What it is that has allowed us to remain friends and partners for over two decades? Finally, this weekend I believe I have found the answer, for myself anyway.

27 thoughts on “Why are we still together?”