Well that’s a lie for starters, because Garth Brooks you are certainly not “Dear” to me. In fact let me begin again.

We sat at every online device we could find, waiting in anticipation of buying tickets.  Yahoo 400,000 celebrated. Cowboy hats at the ready. Hotel rooms were booked. Holidays sorted. It was to be the event of the Summer, and so many of us were part of it.
“What night are you going?”, was a common question. 70,000 were coming from overseas.

We brushed up on your lyrics,
“If tomorrow never comes”,
“I didn’t mean to cause a big scene”.
And downloaded any old favourites we’d forgotten.

Then the news broke… There were only licences for three concerts, not five.

Were we worried? Not at all. Sure this is Ireland, don’t be worrying about licences. Did they not know it’s Garth Brooks. Everyone wants to come see him? Surely they’d just do what they always do? Get the licence after!

We read the headlines. Yes, we hear you, the residents were upset. We felt for them… but we had tickets. They’d get over it. This happens all the time.

This time the residents were determined. This time they said no and they meant no. To our horror we discovered two nights were cancelled. Feck. Who’d have believed it?

We all said things like, “Aw that’s awful”, and “God love them”, but secretly 240,000 were not bothered. They still had tickets.

I still had a ticket. A valid ticket.

Phew! Yes, yes, poor you who missed out, but Nahnahnahnah, I didn’t really care. Garth Brooks here I come.

But wait. Garth is speaking.

He loves us… Awww 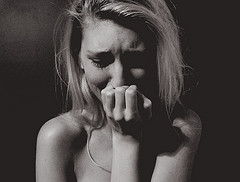 He is devastated…. Wow!

He has made a decision… Five nights or none.

What are you thinking Garth poxy Brooks?
Were you bad at maths at school?

Seriously Garth you need a calculator.

So Garth feckin Brooks, be warned. We Irish are a dangerous breed. You think we are laid back, relaxed and up for the craic, which we are, but beneath our smiling eyes and easy talk is 800 years of a fighting nature. We do not forget easily. Just ask England.

Unless of course you change your mind?

Yours, crying into my wine,
A lost fan.

PS. I couldn’t fit this in anywhere, but Garth Brooks I think you are a right fecker, and what’s more..
you have been deleted off my ipod forever!

44 thoughts on “An open letter to Garth Brooks.”

Leave a Reply to A Cookbook Collection Cancel reply