Here’s another of my articles from the Irish Examiner’s Feelgood. Anyone who is inclined to ignore the petrol warning light might relate to this one!

During the visit of the Beast from the East I read many examples of kindness, including one lady who volunteered to visit a stranger’s mother in hospital as her daughter was unable to travel, due to the snow.

It was lovely to be reminded that there are many good people out there.

With that in mind I too have a story to tell of a kind stranger, who perhaps to this day wonders why he bothered?

As with all good stories it happened one dark and gloomy night. I was traveling home when I noted my car’s petrol light was on for the fourth day in a row.

I pulled into a garage, buttoned up my coat and stood waiting for petrol to begin

pumping into my car, but nothing happened. I pulled the trigger a few times but still nothing. It was only then I noticed a small sign on the pump, ‘Out of order.’

Perhaps if it had not been so cold I might have handled the situation better?

Instead, I went from zero to furious. I replaced the fuel handle and in a fit of temper revved my way out of the garage, determined not to give them a sniff of my money.

Approximately two miles later I regretted my haste. On a busy, unlit road with no footpath, my car died a quiet death. I sat for a while in denial before roaring at the incompetence of the garage and blaming the car. If it had only kept going a few more minutes I’d have reached the next garage.

kicking the front wheel many times. The usually busy road was dark and quiet but dressed in black I couldn’t risk walking it, so I walked into the ditch and took a few steps.

I’m not sure if you’ve ever tried to walk in a ditch in darkness but it’s impossible. The ground rises and falls unseen and anyone passing by might suspect I’d drink taken if witnessing my first few steps.

The air was blue with my mutterings when I heard a car slow down behind me. I came close to cardiac arrest when I saw it was a man in a van, everyone knows vans are preferred by kidnappers.

I lurched along the ditch as he followed. 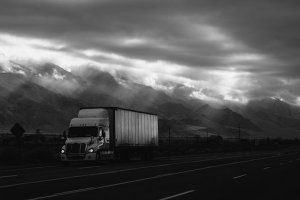 “Yes, thank you,” I replied staring straight ahead.

“I saw you kicking your car. Is it broken down?”

Slow to take the hint he drove ahead and pulled in.

“If you’re out of petrol I can bring you to the garage.”

I walked past ignoring him. Once again he drove on and pulled in.

“Why not let me get you petrol and bring it back to you?”

I stopped. Surely there was no chance of being abducted in that scenario?

So I agreed. Ten minutes later he returned as promised and emptied five euro of petrol into my car.

“Here,” he said putting a new petrol can into the back seat, “I’d no can in the van, you might as well keep it.”

Struggling to find words to say thank you, I reached into my pockets to repay him. It was only then I remembered I’d no cash on me only my debit cards.

‘Please follow me to the cash machine so I can repay you?” I said, more embarrassed than I’ve ever been in my life.

“Not at all,” he said getting into his van, “delighted I could help. Safe home.”

Thanks to my knight in shining armor I did make it home safely that night and I’ve never forgotten him or his kindness.

Although I do hope he’s forgotten me.