I am caught up in the Christmas madness,
and as a result cannot post as I would like.
Instead I will repost an old post,
of a Christmas story told to me by a friend.
Hopefully it will make you smile,
possibly cringe, and maybe even laugh.
Although that is just my humor,
some of you may cry!

There is very little in a childs life,
as exciting as the anticipation,
of their Christmas presents.

Cost for a child is not really a factor.
Some totally loose the run of themselves,
others keep their requests modest.
We parents are especially proud of our children,

if they are in the latter category!

I remember one year one of my friends boasting,
that her five year old daughters only request,
was for a Barbie car, nothing else.
I marveled at the simplicity of the request,
and was a little envious of the easily pleased child.

As Christmas came nearer,
this little girl wrote her letter to Santa,
requesting her Barbie car.
The following week my friend decided,
to take her children to a toy shop.
She had yet to see which Barbie car,
was being requested.
On arrival her small girl ran off to the bikes area,
and sat into a self driven motorized Barbie car,
which cost approx €200.
“My Barbie Car!” she shouted. 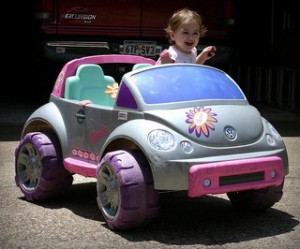 Luckily on this occasion,
the shocked parents were able,
to rewrite the letter,
and find a suitable alternative present.
At least they had discovered what their daughter had been thinking.

My friend whom I met in Australia was not so lucky.
She told me how at the age of ten,
her mum and dad split up.
She and her sister were devastated.

As it came closer to Christmas,
they wondered how they would manage the day.
It was decided that they would go to their dad in the morning,
and then back to their mum that evening.

Their Dad sat them down and explained,
that Christmas would be very different,
but he had a big surprise for them.
And they would definitely enjoy it.
My friends ears pricked up at this,
“Oh my God”, she thought, “I’m getting a horse!”.

As the weeks passed she became very excited.
Her hearts desire was to own a horse.
In her head everything her Dad said,
seemed to point towards this really happening. 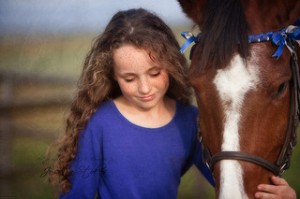 Christmas morning arrived.
There were no tears as she left her mum for the day.
She was off to meet her horse.

As they drove away her Dad announced,
“We are not going to my house for Christmas,
“We are off to your grandmas”.

My friend could barely contain herself.
Her Grandmother lived in a house,
with a lot of “paddocks”.
This was where her horse would be.
It was really happening.

As they drove in she scoured the paddocks,
for any sign of her horse.
She could see nothing.
He must be hidden, she reasoned.

Her grandmother came out and welcomed them,
telling them they would have a great day.
My friend hurriedly hugged her then rushed inside,
impatient to get to the present giving part of the day.

At last her Dad came in with two big presents.
One for her and one for her sister.
She grabbed hers and eagerly unwrapped it.
Maybe it was a bridle?
Or a riding hat?

She tore off the wrapping
to reveal a CALCULATOR!
Yes you read correctly no horse,

At the time this would have been quite a novelty present,
and many children would have been delighted with it.
Needless to say my friend was not.
It was nothing like a horse.

When she told me this story,
I unkindly shrieked with laughter.
Now I am more mature.
I can better appreciate how upsetting this was for my friend.
Writing this I have relived her trauma.
And I can safely say…

I still think it is hilarious!